Then fuzzy networks vector is given by

Fuzzy vector can also be defined as a one dimensional array of membership values.
An array or a vector

Transpose of a Fuzzy Vector 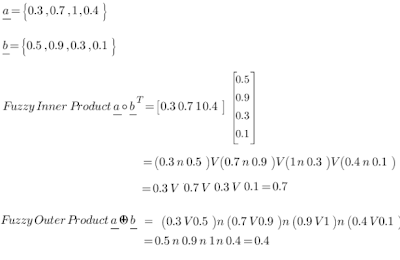 Here, n is the min operator and V is the max operator.