Are you sick and tired of using the alphanumeric phone keypad that requires repetitive tapping of a specific key to enter single alphabet?

Are you frustrated and prone to error while text messaging using linguistic software like T9 or Ezitext which increases the complexity and cost?

Enough with the problem that we have had using those keypads. Its probably time to snap out of it!!

Thanks to Dr.Edward Lin, Founder & CEO of Ingenious Technologies for inventing “VersaPad” which can be said as simply the best text messaging solution for our Information Age.

With its accurate and direct one press per entry, VersaPad gives incredible simplicity and fast entry of alphanumeric data and symbols with intuitive ease of use. And when coupled with simple word completion software (much simpler and smaller in size compared to T9) VersaPad provides us with the best text messaging results.

VersaPad design is such that each key has five surface regions but only four contact switches beneath. If the key is pressed to edges the corresponding contact switch beneath responds and when the key is pressed vertically, two or more simultaneous contact closures correspond to center function. Also the shape of the keytop is flexible (oval, round, tear-drop, kidney bean etc.,) which makes it to easily adapt to any device. 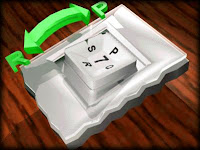 Here is the comparison of both the keypads (phone keypad and VersaPad) from which we can clearly say the VersaPad is the ultimate simple, effective and powerful in text messaging. 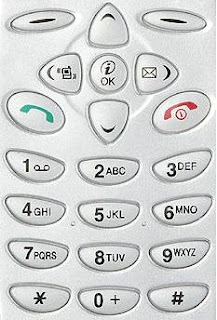 Even after taking the help of linguistic software like T9 or Ezitext with ordinary keypads the complexity is no less because of the fact that the software has to guess forward and backward multiple steps before it can actually determine the starting letter of the word we want.

Being known about this Wonderful Tech. stuff – VersaPad, all we can do is just wait until it gets implemented in all hand held devices, thus bringing the Power of Simplicity in Text Messaging.