Sony Computer Entertainment Inc. (SCEI) has unveiled its gaming masterpiece, Sony PSPgo (PSP N-1000) which has certainly brought a new evolution in the world of gaming. 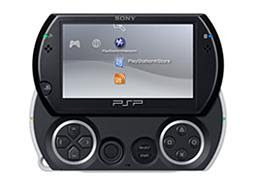 Sony PSPgo is ideally suited for the users who don’t like to carry the disk-based play stations.The highlighting feature of PSPgo is that it won’t use UMD disks anymore for gaming instead flash memory with a capacity of 16 GB will be used.

When compared to the previous versions of Sony PSP’s, PSPgo is much lighter and portable to carry. It has a sliding pad which enables the users to enjoy digital entrainment at the fullest extent. Sony PSPgo has a high quality display of 3.8 inches with a TFT type of screen. (Approximately 12,770,000 color)

Sony PSPgo will come in two colors Pearl white and Black since both of these colors are top sellers for PSP. With Sony PSPgo, you can tune into your desired tracks, enjoy favorite games, surf internet with the built in wireless LAN(Wi-Fi) feature and do much more with its unmatchable features. That’s not all, you can even download your beloved entertainment content via your computer with the new software application Media Go, launched by Sony computers. 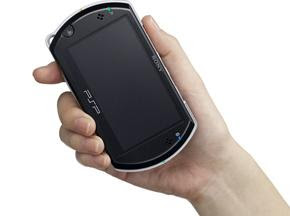 The music player in Sony PSPgo is embedded with brand new features and surprises. It has dozens of equalizers and sound adjustment facilities by which you can tune in your favorite song/track according to your mood. The most amazing feature of all is that it has an inbuilt Bluetooth device by which you can share and play your selected tracks from Sony Play Station 3 and you can connect the Sony PSPgo to wireless Bluetooth headsets.

Sony PSPgo contains a number of bundled features which we can all wrap up only after October 01 when it hits the market.