The Blue Ribbon campaign was formed to protect the rights of the bloggers on the internet. This non-profit organization was stated by Electronic Frontier Foundation (EFF) in 1990. Blue Ribbon Campaign was formed in order to guard privacy, free speech and consumer rights on the internet. Public education, political activism and extensive litigation are some of the activities carried by the EFF. 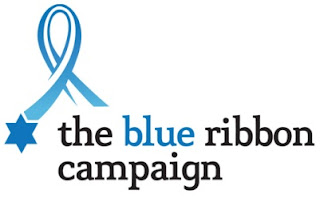 This campaign was first launched after passing the Communication Decency Act in United States but it was re-launched by EFF to increase the awareness of other legislation which threatened the freedom of expression on internet.

The supporters of this donor-funded organization strongly believe that the bloggers must have full freedom to blog anonymously. The people also have a right to write their views about political election or any workplace activities without having fear of persecution. As per the Blue Ribbon Campaign, the freedom of expression plays a key role in a democratic society.

Blogging is a medium of communication which encourages interactions among people. Hence the supporters of Blue Ribbon Campaign consider that the bloggers must be well protected from the liability for the third –party comments which are left on their blogs. According to this campaign same rights are given to the members as well as to the mainstream press. They ought to be able to be present at press conference along with other media events. In addition, this campaign also believes that they should be able to protect confidential sources.

The supporters of the Blue Ribbon Campaign display a blue ribbon graphic on their website to convey their pledge to free speech online. This organization relies hugely on the support from the private individuals who are willing to protect free speech on the internet. More than half of the money which is used to fund the Blue Ribbon Campaign usually comes from the donations and membership fees. Thus this campaign will always raise awareness of the issues globally.