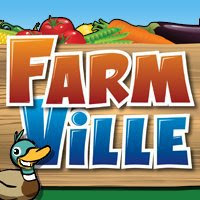 Developed by #1 provider of gaming experiences on social networks – Zynga, FarmVille is the most popular real-time farm simulation game in which you can manage a virtual farm by planting, growing and harvesting crops and trees, and raising livestock.

From the day it has been launched as an application on the popular social-networking site Facebook, FarmVille has become a huge time sink hole and additive to many, establishing itself as one of the most popular game applications on Facebook with over 82.4 million active users and over 23.9 million fans. The nature of the game is addictive because you have to come back each day to harvest your crops and increase your XP.

Everything grows in FarmVille!!
Play FarmVille and see if you get FarmVille fever.