We all love to play games but most of us get frustrated when we find most of them boring and hence we lose our interest. After searching a lot I’ve made a list. This list includes both single player/multiplayer and online/offline games. It took a lot of time to create this. One more thing I wish to clarify, it’s just a sequence all the games listed below are equally amazing. So I hope you guys would like these best games for Android and iOS. This game is really amazing. It has very realistic graphics and sharp control. You can make your own team with friends. You can play squad matches against each other and you can chat while playing against and more. Although it will consume data in downloading but I’m sure guys, you will enjoy this game a lot. This game is somewhat similar to Subway Surfers or Temple Run but its graphics interface makes it different from them. It lets you dive in the air and land like a superhero, jump across the cliffs and islands and more. If you like challenges then you must play this game. UNKILLED is the best looking first person zombie shooter game on mobile. It has very outstanding graphics. It also has over 150 story mission, and more than 40+ weapons which makes it more interesting for the players. If you like action adventure games then it is one of the best game you can play on Android & iOS. Stickman want to get free from the life sentence but breaking and escaping from prison is the real time challenge. Some tricky moves will help your stickman escape from the big house. Create distraction for the guards, steal the key and use it to unlock the doors. It is the best escaping game, it has amazing tricks which attracts the players. Gangstar Vegas is known for its impressive graphics interface and is the most successful mafia game developed by video game developer Gameloft. In this third-person shooting game will experience unique single player squad based combat. Dive into exhilarating action game-play. Win special rewards in special events. It has stunning indoor and outdoor setting. 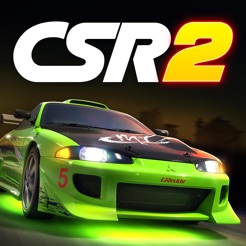 CSR Racing is one of the best racing game of all the time. You can team up with friends to form a crew. It has 3D generation graphics, you can customize the beautiful super cars, as it has a wide range of paint, rims breaks, interior trims just like the real car. Challenge friends and racing enthusiasts around the world and rule the racing world. 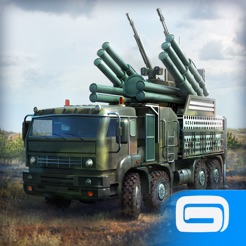 World At Arms is the ground-breaking modern-war strategy game by Gameloft. It is a free war stimulation game with brilliant graphics, stunning animation and realistic units & buildings. Join factions with other players or form your own to wage war, dominate and win rewards. You can connect friends from Facebook and borrow their units during battle. War Robots is the perfect game that works well, no matter if you are playing it on your smartphone or tablet. Its graphics are amazing. It’s very addictive game. If you love robots, action-packed multiplayer battles and looking for something new and amazing, then it’s worth the download. Brothers in Arms 3 is one of the best arcade action game till now from Gameloft. Here you will experience unique single-player squad combat. You can get help from your brothers to gain some technical advantages. Weather and time of day variation & stunning indoor and outdoor settings makes it more attractive. I think most of you has played this game before. If you haven’t played it before then go now and install it. Shadow Fight 2 is a nail-biting mix of RPG and classical fighting. This game lets you equip your character with lethal weapons and it features dozens of martial arts techniques. You can customize your fighter with epic swords, magical power and more. It’s totally worth downloading.

I am happy to assist you with these top best action adventure games to play on Android & iOS.