A set is a well defined collection of objects. Here the word well defined means the object either belongs to or doesn’t belongs to the set. Observe the crispness in the example definitions below:

VENN DIAGRAM is the pictorial representation to denote a set. 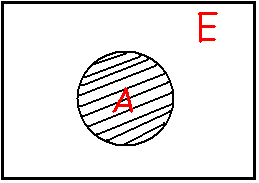 It is a set which contains all possible elements with similar characteristics with reference to a particular context. With the elements of this set, any number of sets can be formed.
The features of the elements in E can be discrete, countable integers or continuous valued quantities on real line.

Cardinality of a Set

The number of elements in a set is called its cardinality. Cardinality of a set A is denoted by n(A) or |A| or #A

A set whose members are sets themselves is referred to as family of sets.

If a set ‘A’ has no elements in it or is empty then it called Null Set or Empty Set. The cardinality of a null set is zero.

Any set with a single element contained in it is called singleton set. The cardinality of such a set it 1. 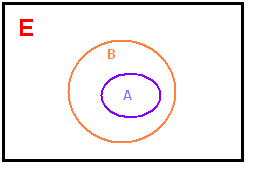 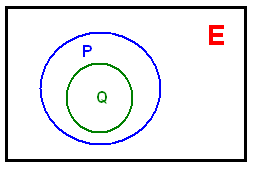 Powerset of ‘A’ is the set of all possible subsets that are derivable from set A including null set. Powerset is represented by P(A). The cardinality of P(A) is 2|A|

S is a given set, if we can define a one-one mapping from S to the set of natural numbers N. Then S is called as a countable set.

A set which is not countable which implies there cannot be a one-one mapping possible from the given set to set of natural numbers then that set is called an uncountable set.