HTC and China Telecom has announced partnership and recently unveiled the all new HTC T9199 Smartphone for China Market. 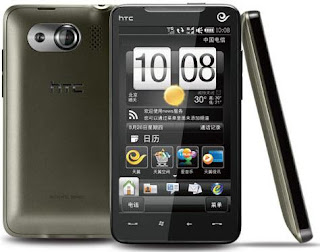 The smartphone with features like 4.3 inch display with touchscreen, 5MP camera etc, looks quite robust and is one of the feature-full smartphone released this year that’s all set to impose an edict on the mobile phone industry.

Last year HTC had launched its first 4G Android phone worldwide – HTC EVO 4G Sprint which was also featured as top lifestyle gadget of the year and now early this year it has announced the launch of this smart looking phone HTC T9199 (HTC Oboe) which again happens to carry the ‘first in the market’ tag as it’s indeed the first to have done collaboration with China Telecom for the users of China. Nice going, HTC!