Middleware itself is a tricky word that describes itself to some extent. The name itself gives a clue that it is a link between two or more objects. Middleware is a unique software which connects either series of applications or parts of the applications. Its function is like glue which hold together network and the computers connected to that network. Middleware can be used for a single application or for an entire server.

Middleware has several applications, it can be also thought of as an adaptive device that connects a new printer to an old computer and vice-versa. The software enables communication link between the devices which enable their functionality. Commonly used Middleware packages include Distributed Computing Environment and Common Object Broker Architecture. 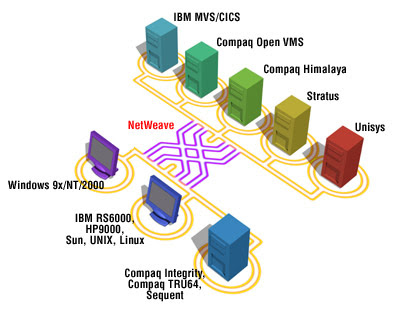 The most commonly used application software for connection of nodes in the industries and organizations is NetWeave. NetWeave is the broadbased type of middleware that is used for interconnection between various systems of companies. It is commonly preferred by most of the companies due to its unique features like high performance, Scalability, dependability and data veracity. This features help to provide a smoother and safer interface between the nodes and increase the overall performance.

Another field where the middleware is used extensively is the online gaming environment where the server constantly requires number of middleware for providing a smoother interface between nodes. Online gaming server require high-definition, high-resolution, graphic-intense presentations which the traditional server are not able to provide especially for multiplayer but middleware helps to bridge the in virtual reality and reality.

Middleware is the best method so far used in the modern technology for providing a smoother and safer communication link between servers and their clients.