The Electrical metering instrument technology has come a long way from what it was more than 100 years ago. From the original bulky meters with heavy magnets and coils, there have been many innovations that have resulted in size & weight reduction in addition to improvements in features and specifications. Resolution and accuracy of the meter have seen substantial improvements over the years.

Introduction of the digital meter in the later part of last century has completely changed the way Electrical parameters are measured. Starting with Voltmeters & Ammeters, the digital meter has conquered the entire spectrum of measuring instruments due to their advantages like ease of reading, better resolution and rugged construction. Of particular significance is the introduction of the Electronic Energy Meter in the mid eighties. The system is designed with Microcontroller thereby the consumed energy can be displayed in digital.

As said above, Intelligent Electronic Energy Meter is designed such that, in addition to the measuring consumed energy, it can perform various other important tasks such as:

Because of all the above stated advantages or facilities, the Intelligent Electronic Energy Meter can serve both electricity departments and consumers. The electricity department is benefited, because this intelligent electronic energy meter is designed to indicate or avoid tampering and consumers are benefited because overload or over-voltage protection circuits are incorporated in this system by which valuable household electrical gadgets can be protected from burning due to overloads and over-voltages.

The block diagram of Intelligent Electronic Energy Meter using Micro-Controller is given below. 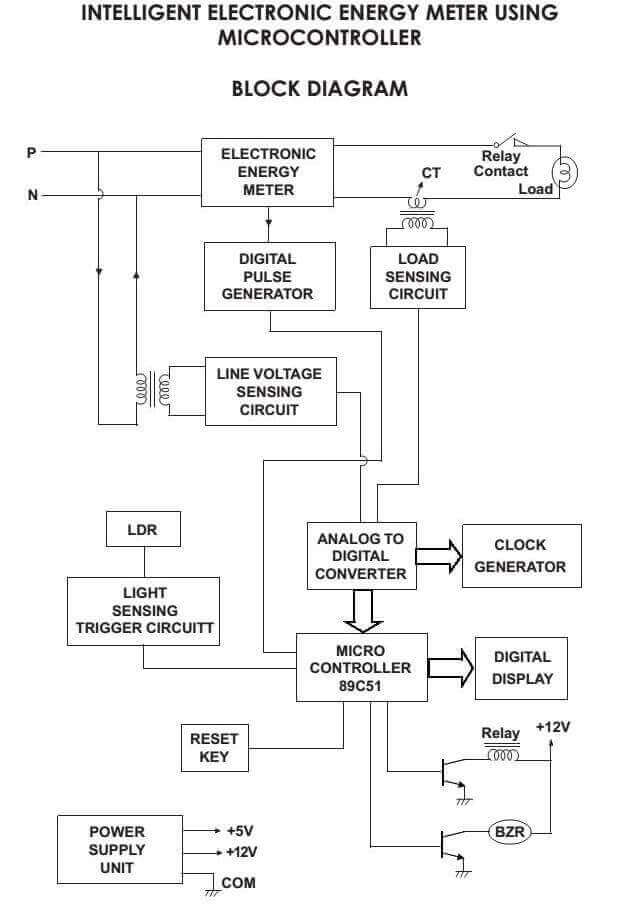 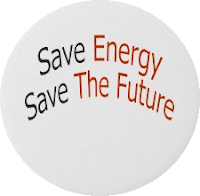 
Light Sensing Trigger Circuit acts as power theft prevention unit. This feature is added to Intelligent Electronic Energy Meter so that if any person tries to tamper the energy meter, immediately supply to the house will be disconnected automatically. Most of the consumers try to bypass the energy meter, by shorting input and output terminals. So, in this intelligent electronic energy meter to avoid energy pilferage the circuit is designed with light-dependent resistor (LDR) and 555 timer, the LDR is used as a light sensing device and this LDR it is arranged inside the terminal block top cover where the input (supply) wires and output (load) wires are terminated.

The idea of arranging LDR under the top cover is, whenever the meter is bypassed by shorting the input and output terminals with a piece of wire, the top cover have to be removed. When the top cover is removed, naturally whatever the light present in the room will be fallen on the LDR, by which the resistance of the LDR will become low and triggers the 555 timer IC. This timer IC is configured as Schmitt trigger mode of operation. Whenever the top cover is removed the output of the IC becomes high and this high signal is fed to the Microcontroller. The output of the Microcontroller is also used to energize the relay; at the same time the controller also energizes the alarm.

Whenever the top cover is removed, relay energizes and breaks the supply to the house. The reset switch is nothing but a push to on switch, and it is wired with controller at the input side. Generally this reset switch will be arranged some where in the secret place, possibly inside the meter, so that the owner of the energy meter should not identify the switch, thereby someone from the department can operate the switch. By implementing this kind of theft prevention everywhere at the consumer side, meter tampering can be avoided, power pilferage can be minimized and at the same time the energy thief can be caught red handedly.