Logitech has recently launched its first solar powered, wireless keyboard – Logitech K750 that can truly make hassles of the battery and cables a thing of the past. 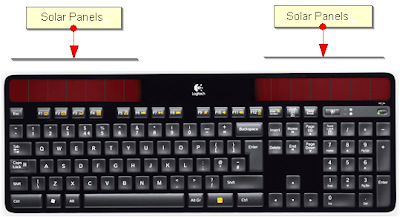 Logitech Wireless Solar Keyboard K750 is powered by two packs of solar panels situated at the top of the keyboard (see above image) that work 24/7 to keep the internal battery charged from sunlight and/or indoor lighting and keeps the keyboard ever-ready to operate to the fullest.

The Logitech Wireless Solar Keyboard K750 is priced at USD 79.99 and can be ordered directly from Logitech Online