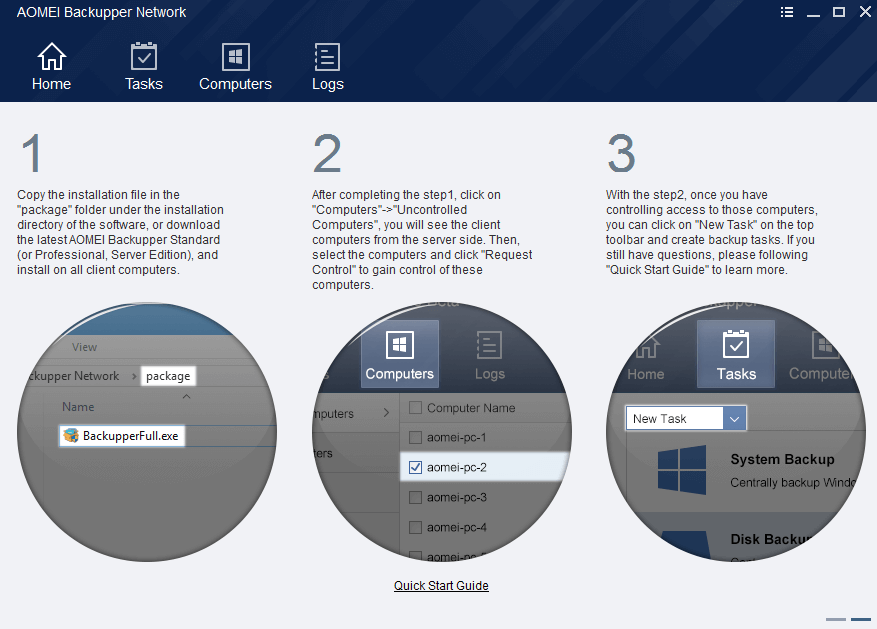 AOMEI Backupper Network is a free and new centralized backup management program that’s designed to help you create and manage backup missions for all desktop PCs, laptops and even virtual machines within LAN from a single central management computer. If its name change to AOMEI Central Manager, maybe it is easy to understand. Next, let’s see what AOMEI Backupper Network can do. 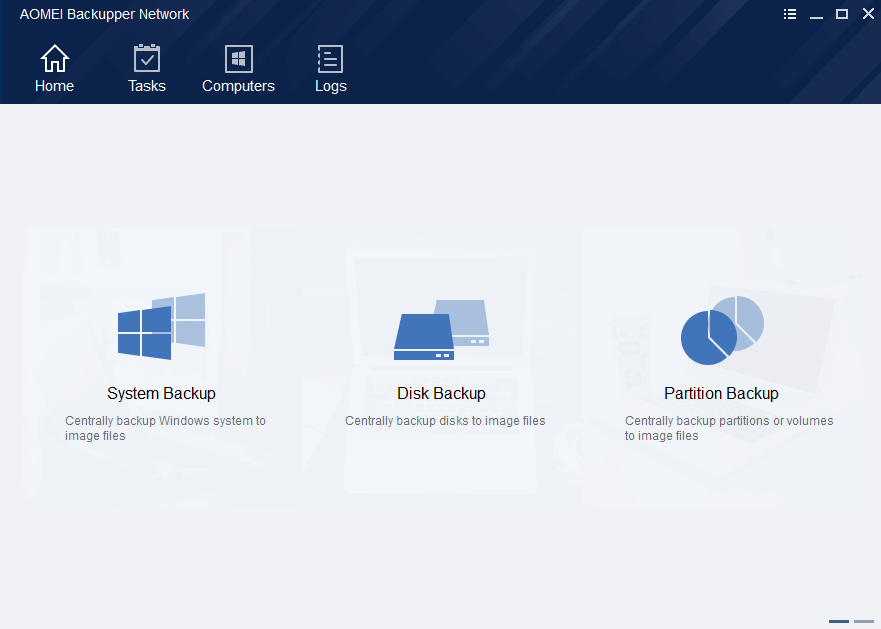 With the help of AOMEI Backupper Network, you could cut down backup administration costs and save lots of time. You can use a computer as a central server to start, schedule, stop and monitor remote backup tasks for all clients in the network. Once you have installed this AOMEI Backupper Network on the master computer and the clients those you’d like to backup installed AOMEI Backupper, it becomes very simple to centrally manage and backup system, disks as well as partitions on client machines to a storage or even network share and NAS.