Orkut has rolled out a new feature as part of its brand new version which allows users to import their albums and photos directly from Picasa Web Albums to Orkut – Photos. (If you haven’t heard about Picasa Web Albums yet, the free and easy photo sharing web site from Google, you should definitely give it a try!) 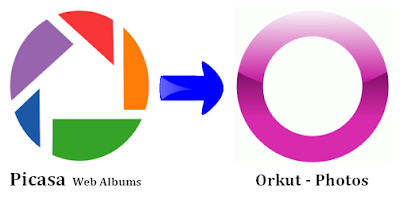 When you visit your Orkut – photos you will find a new option that says add from Picasa besides each of your albums using which you can directly add your photos from Picasa Web Albums to your Orkut album.

To get started, just click on add from picasa option and you’ll get a pop-up to select the images you want to add from your picasa web albums and share with your Orkut friends. 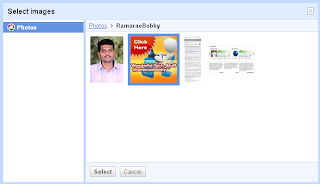 Also you can use the option import from Picasa at the top to create a new album adding your favorite photos from Picasa Web Albums.

Import your photos and albums from Picasa

This new feature is definitely useful and a time-saver to Orkut users as they can directly share some their favorite photos on Picasa Web Albums with their friends on Orkut and that too with just a few clicks of the mouse. I consider this update from Orkut as a major step in the right direction to make the life of Orkut users much easier!