With advancement in technology, new innovations in the world of gadgets are quite a common scenario. In such machine age, cell phones have become one of the most rapidly growing gadgets with advanced technology. Most of the cell phones seen today are based or ARM’s Core A8 or quite similar architecture like in the case of Qualcomm’s Snapdragon. 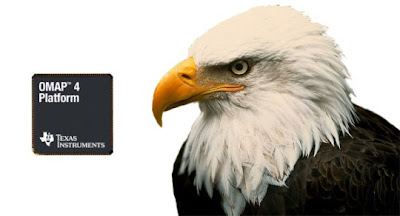 Either in the end of this year or more likely in the next year the SoCs based ARM’s Cortex A9 will be out shipping in phones. The road doesn’t end there, later this year ARM is going to announce the successor to Cortex A9, named as Eagle.

Eagle performance is expected to be quite competitive with the future derivatives of the Intel’s Mooretown SoC, the consumption of power however is expected to be quite similar as both are manufactured under 2x-nm manufacturing process. TI’s Cortex A9 based SoCs will be shipped by soon and cell phones having them will be made available in early 2011, based on this assumption the Eagle may not be in picture until 2012.